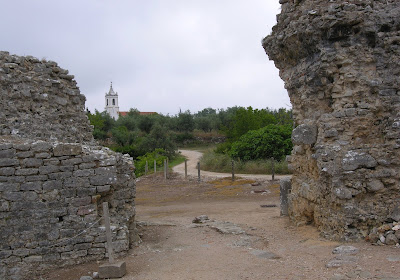 You'll notice that this wall doesn't look like a modern concrete wall wood: the concrete wasn't poured into forms to cure.  Rather, the Roman usually built walls like this with a stone exterior and a hollow interior into which rubble and their concrete were dumped.  In many cases the stones have succumbed to the ravages of time, but the concreted interior survive.
Posted by Mary Soderstrom