Tools in Understanding the Past: Another Instance of mtDNA Analysis and Dogs 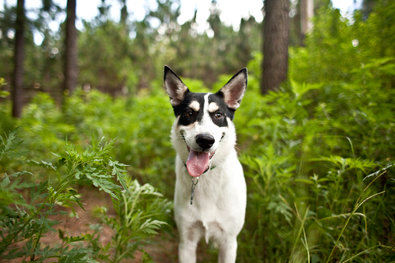 As I've said, I'm working on a new non-fiction book, and the research is taking me in all directions.  It'll be called Road through Time.  A lot of the book will be focussed on roads that humans have taken.  Their traces have had and are having an immense impact on the world we live in.  My goal is to reveal some of these effeccts in the context of reflection about the future.  The book will have some elements of memoir too, but that's a story for another day.

What I find myself deeply involved in at the moment is research into those paths humans have taken which now are almost invisible, that is to, say the first ones.  It is generally agreed by scientists now that modern humans originated in Africa and that a relatively small group left between 50,000 and 80,000 years ago to, in effect, colonize the rest of the world.

Tracking where they went involv
es some pretty sophisticated sleuthing, including analysis of our mitochondrial DNA (mtDNA.) What I didn't know until this morning is just how useful this technique can be for tracking the history of our constant companions on much of our journey, dogs.

New studies reported in The New York Times today  indicate that wild  dogs now found the Carolinas appear to be home-grown, that is, they do not have the European-derived mtDNA that nearly all other dogs have.

The study reawakens "the long debate about where and how dogs were domesticated. Current theory speculates that they are descended from wolves that somehow became attached to humans perhaps 12,000 to 33,000 years ago — an early amity that has an extensive pedigree in human folklore. (Think Romulus and Remus.)

"But where that may have happened is not entirely settled. Some say the earliest dogs emerged in the Middle East. Others point to an area south of the Yangtze River in China. ...(This) study provides more evidence for the China hypothesis and, as a result, lends support to the idea that the earliest domesticated dogs crossed the Ice Age land bridge known as Beringia some 12,000 years ago."

Amazing where looking closely can lead you!