This is a photo I found on WikiCommons of the Fraser River flood plain in non-flood times.  You can see how lush it is, and how the river meanders.  No wonder people have wanted to farm and live near it.  But you can also see the danger.  When the big storms come, when the atmospheric rivers bring enormoous quantities of rain this land is going to flood.  As sea levels rise, the possible--no, probable--damage will mount.

What has happened in BC and to a lesser extent in Washington State these last couple of weeks should summon us all to action.  Will it? 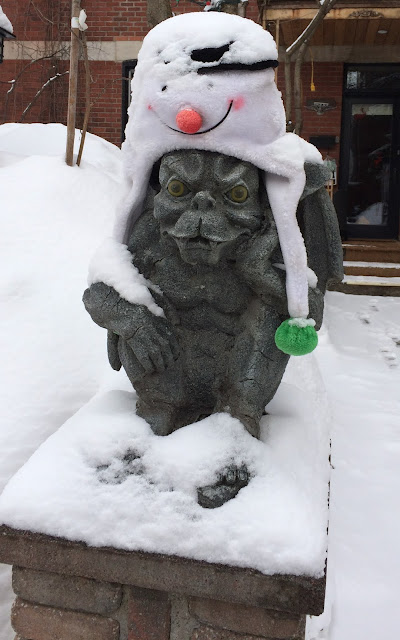 Actually the photo was taken a year ago, but it fits today, the first morning we have snow in Montreal.  Oh, there have been a few snowflakes but nothing that's stayed on the ground. Not that there's much today either, but at least winter has begun.

And the first snowfall is about two weeks later than it has been over the last several decades.  My bench mark has always been my birthday, Nov. 8, before which a few flakes have fallen every years since we came to Montreal in 1968.  Not so this year, another bit of evidence to confirm the climate change trend.

Not something to smile about, but at least we've been spared weather drama around here so far this year. 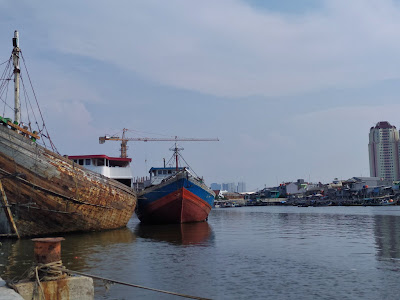 No post last Saturday because I was deep in the final stages of preparing my new book Against the Seas for submission.

It was all done by Monday afternoon, the delivery date the publisher and I had agreed upon.  So, I never did make it to Jakarta, but the book has come together anyway.  This is a photo taken by my "eyes" in Jakarta, Aly Fauzy and Thareq M. 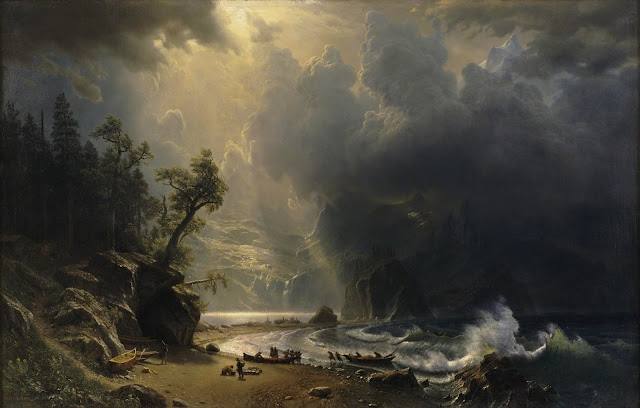 Going into the home stretch with my book Against the Seas: Saving Civilizations from Rising Oceans.  Spent some time yesterday looking for images, and came across this painting by Alfred Beirstadt done in 1870.  Seems the artist had not yet traveled to the Pacific Coast, and painted it from descriptions of the area.  Still it seems strangely evocative of bad weather, which is what we're all going to experience in the coming decades if we don't get serious about climate change. 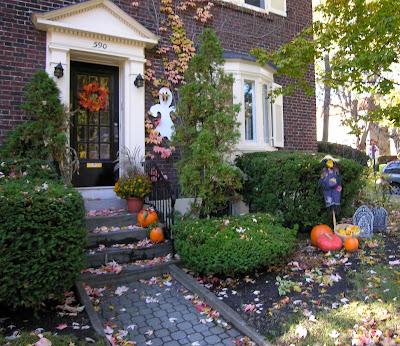 No kids at our house going out trick or treating this Halloween, but I did buy a pumpkin.  The photo is of someone else's house, but I'm sharing it just because I like it.

This is the Bibliothèque Mordecai-Richler, lodged in what was formerly The Church of the Ascension, an Anglican church that closed its doors something like 30 years ago.

Using the church building as a library was a great thing to do, and the fact that the library now bears the name of Montreal's legendary Jewish novelist is either wonderfully eceumenical, ironic or simply classy.  Certainlly it shows the resilience of several aspects of society: urban planning, cultural continuity, humour....

But the photo shows another sort of resilience: the sunflower growing in the gutter on the roof.  Tried to get a better photo of it, but was too far away and messing with Photoshop doesn't help.  That flowers will grow so far up is really great...

Saturday Photo: Resilience, or Something to Remember When You're Feeling Caged in 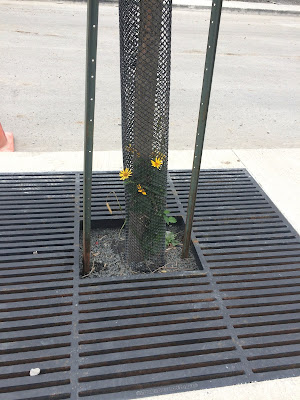 This was taken in a new park in my neighborhood.  The plantings are all perennials, and most are native to the  region.  This has mean that they'd done very well during this hot, dry summer.

So well, in fact, that some of them have sprouted off spring, including this little flower that seems to be overflowing with life.  You can bring beauty nearly everywhere--or at least take a stab at it.