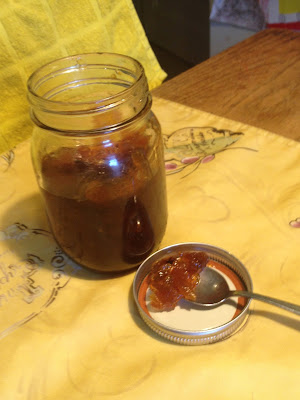 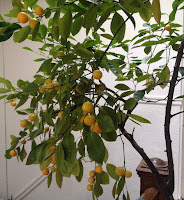 Last Sunday Jeanne, Thomas and I harvested the bumper crop of little oranges that our ornamental orange tree had this year.  There must have been 40-50 (I forgot to count.)  We planted several in three little pots; one for each of them, and one for little Louis who didn't get the idea but will probably be old enough to be pleased to have a little tree whenever the seeds germinate.

Then I made marmalade with a little help from them, although they wanted to go out to play in the snow that remained.  The result was pretty good, if not enormous in quantity!

The second photo is of the tree at its most abundant.
Posted by Mary Soderstrom No comments:

Road through Time is an Indies Prize Finalist!

Great way to start a Saturday:  An email announcing that Road through Time: The Story of Humanity on the Move (University of Regina Press) has been short-listed for the 2017 Indies Book of the Year Award in the History category! 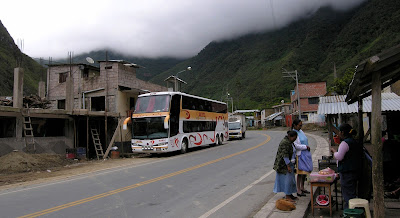 Hosted by Foreword Reviews, these awards highlight the best books from university and indie publishers across the U.S. and Canada and were chosen from more than 2000 entries across 68 genres. The winners will be announced June 15, 2018. Got my fingers crossed!

The photo, by the way, is of one of the many roads I traveled researching the book, the new highway across the Andes from Peru to Brazil. That's the bus we traveled on from Cuzco to Rio Branco.
Posted by Mary Soderstrom No comments:

Saturday Photo: When Will the Winter End? 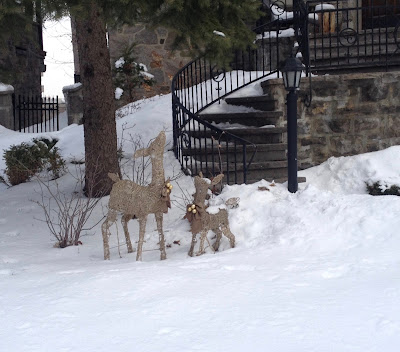 The little deer have been out in the cold all winter, part of a Christmas installation, I think.  But right now even they must be wondering when the winter will be over.

Spring came last week, we're told.  Certainly the sun is higher in the sky. Yet the temperatures around here don't feel like the season has changed.

At least I don't have to stand around in the cold, though...
Posted by Mary Soderstrom No comments: 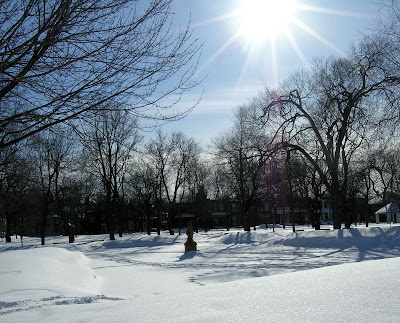 Spring doesn't come until the end of next week, but the sun is already quite high in the sky.

We're back in the deep freeze for a few days, with fresh snow on the ground, but the spring light is blinding.

Of course, if you look at the progress of the sun  through the year, it currently is at the point it is near the end of September, which frequently is still summer-like.

So for the moment, it's blue skies, nothing but blue skies.
Posted by Mary Soderstrom No comments:

There are days when I feel like I'm trapped in concrete.  This book about the marvelous material is taking up more and more of my head space...

Goal: get a draft done by the end of April.  Probability?  Well, I've never missed a deadline yet.

Deformation professional, I guess.
Posted by Mary Soderstrom No comments:

Saturday Photo: Borderline Behaviour, Why Places That Should Be Alike Aren't. 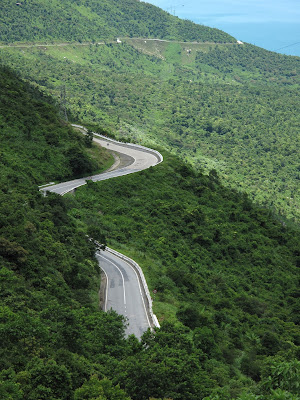 It looks like we've got a title for my book about pairs of places that have much in common, but diverge in significant ways: Borderline Behaviour, Why Places That Should Be Alike Aren't.  The University of Regina Press will be bringing it out in the run-up to the 2020 US presidential elections, since one of the ten pairs of places I compare is the US and Canada.

A winner, I think.

The other pairs of places I'll be looking at are: the (formerly) two Vietnams; Tunisia and Algeria;  the Indian states of Kerala and Tamil Nadu; Brazil and Spanish-speaking South America; Haiti and the Dominican Republic; Burundi and Rwanda;  Scotland and Ireland; Vermont and New Hampshire; and Alberta and Saskatchewan. The photo is a Wikipedia shot of Hai Van Pass which is the natural divide between north and south Vietnam, and near where the country was split after the French colonial war.
Posted by Mary Soderstrom No comments: