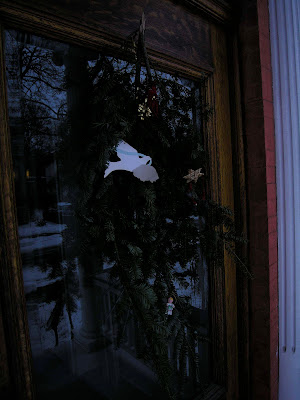 And in hopes that not everything is swept away by the Trump Train...
Posted by Mary Soderstrom No comments:

Saturday Photo: Holiday Greetings and the Link to My Rant... 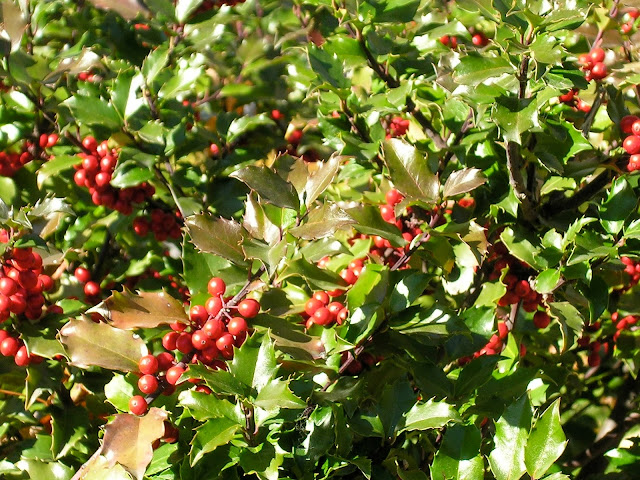 Things are getting a little hectic right now, so I'll be brief:  here's wishing everyone a fine holiday.  If you'd like more: here's the link to my annual end-of-year blog.
Posted by Mary Soderstrom No comments:

Saturday Photo: Bolo do reis and Putting Things in Perspective 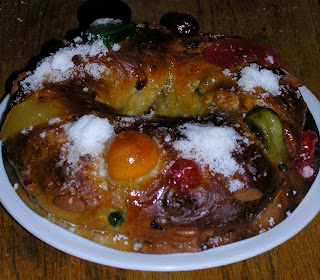 This is a Portuguese holiday cake, covered with crystalized fruit and sugar.  Quite good if you like that sort of thing, which Lee certainly does.  Bought one last week and it was much appreciated.

A Padaria Coimbra, AKA La Baguette dorée, on Mount Royal in the Plateau makes a lovely one.  We discovered it six years ago during the difficult winter we spent in an apartment nearby following the fire that seriously damaged our house.

Jeanne was a baby then, but now she's six.  Her cousins Thomas is four and baby Louis will be six months on Thursday.  Time passes and frequently in retrospect the bad things (8 months out of our house, fights with the contractor, much uncertainty etc) fall away and the good things stand out.

Would that be the case with the current political situation!
Posted by Mary Soderstrom 2 comments:

Saturday Photo: Climate Change and Getting Ready for Christmas in Montreal 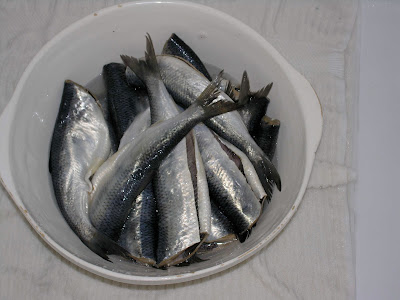 These are salted herring, to be filleted and marinated to make sil, the Scandinavian pickled herring dish.  It's something I've made every Christmas since I married into the Soderstrom family. Delicious!

But this year I've been having trouble finding the fish.  My usual fish store says they're sold out, and won't receive any more before January.  I called around a bit, and found that National Herring, a wholesaler, has some at $6 a pound that they may sell me if I trek out to their warehouse.  The price is much more than I've paid in the past, but for a holiday treat, I'll pay it.

But why the penury? I wondered.  Seems there's a shortage of herring and other small fish in northern Atlantic waters.  Lobster fishers who use herring to bait their traps,  complained all summer about the lack, and special rules were put into effect.

Nobody I've read puts the finger on climate change  or over-fishing for the decline in stocks, but we all know what happened to the cod fishery.  After 30 years of closure, the stock is beginning to come back off Canada, but the Americans are saying that things are getting worse there, probably because of warmer water which is driving the fish north.

There may be snow on the ground here this morning, but it sure looks like we've messed things up.
Posted by Mary Soderstrom No comments:

Saturday Photo: Getting Ready for Christmas in Brazil 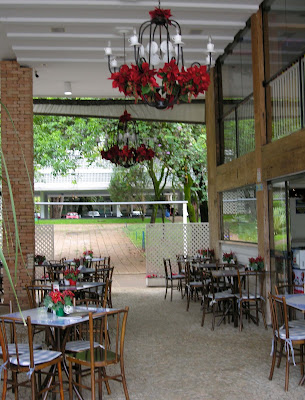 Another photo for three years ago: a cafe in Brasília which was all decked out in pointsettias and red ribbons for Christmas.

We picked up our Christmas wreaths from Jeanne this morning: her school was selling them, and I bought two plus one for a neighbor.  Quite nice.

Now we need some cold weather and sun to make this winter season work....