Saturday (or rather Friday) Photo: Fête nationale and Brexit 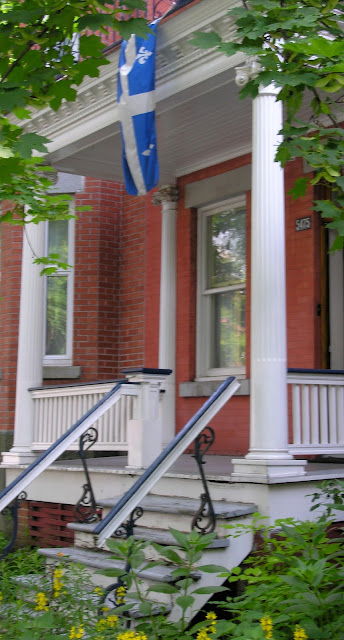 This is what our house looked like yesterday, with our Quebec flag unfurled. The grandkids were over and we put it up together.  They don't know the political import of it, but for me this is a sign that we belong here just as much as anybody else.

Not all of us are Québécois de souche (although grandson Thomas Édouard has ancestors who arrived in the middle of the 17th century from France), but Lee and I chose to live here and the grandkids and their parents were born here or (in the case of Jeanne's father) also chose  Quebec.

This reflection comes as the British are trying to come to grips with what they did on Thursday.  People, it seems, didn't really believe that  Brexit would pass.  Can't understand how people could vote to leave without considering the implications.  But apparently that's what happened in many cases.

Now, there may be good arguments for leaving the European Union, but just because you're angry is not one....
Posted by Mary Soderstrom No comments:

Saturday Photo: Summertime and the Grass Is A-growin'

Summer won't arrive officially until sometime tomorrow, but that hasn't kept the grass and weeds from getting away from people.

I'm always of two minds about overgrown, shaggy spaces. A weed, after all, is just a plant growing where you don't want it, right?  And my own approach to gardening is what I call Darwinan.  In other words, what grows, grows.  Sometimes the unplanned array of flowers is truly wonderful.

But then there are yards where people have opted for grass and yet who don't do anything about what grows there until it becomes a grass fire hazard.  With just a little thought they could have a low maintenance yard that is a delight for birds and butterflies and also is easy on the eyes  too.
Posted by Mary Soderstrom 1 comment: 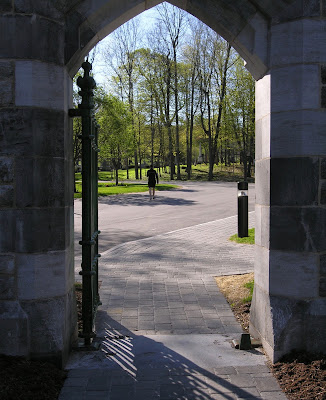 The photo was taken a week or so ago, before the trees fully leafed out.  But I think it shows nicely where we are headed--toward summer.

Thanks goodness...
Posted by Mary Soderstrom No comments: 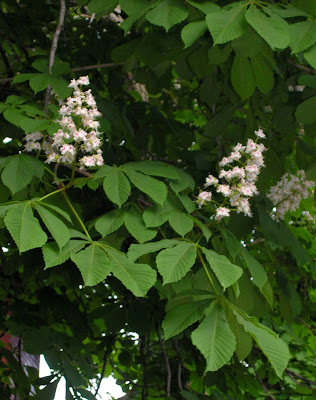 The song says:  April in Paris, Chestnuts in Blossom.  That's true as far as it goes perhaps, although when I've been there in early May the chestnuts were always lovely.

They don't bloom until late May or early June here, and now I'm pleased to report that they are lovely right now.

What I'm not so pleased about is the way the Paris is being submerged in flood waters.  Not so surprising, I suppose: the location was originally chosen because it was on easily-defended islands in the middle of the Seine.  But the recent photos I've seen have given me a little wrench because so many of them show places I've walked completely covered in water, like this pathway along the Seine. 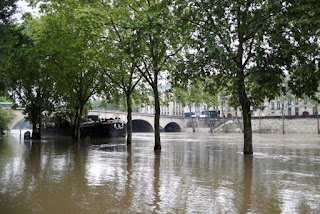