Death of a Philosopher King: Lee Kuan Yew of Singapore 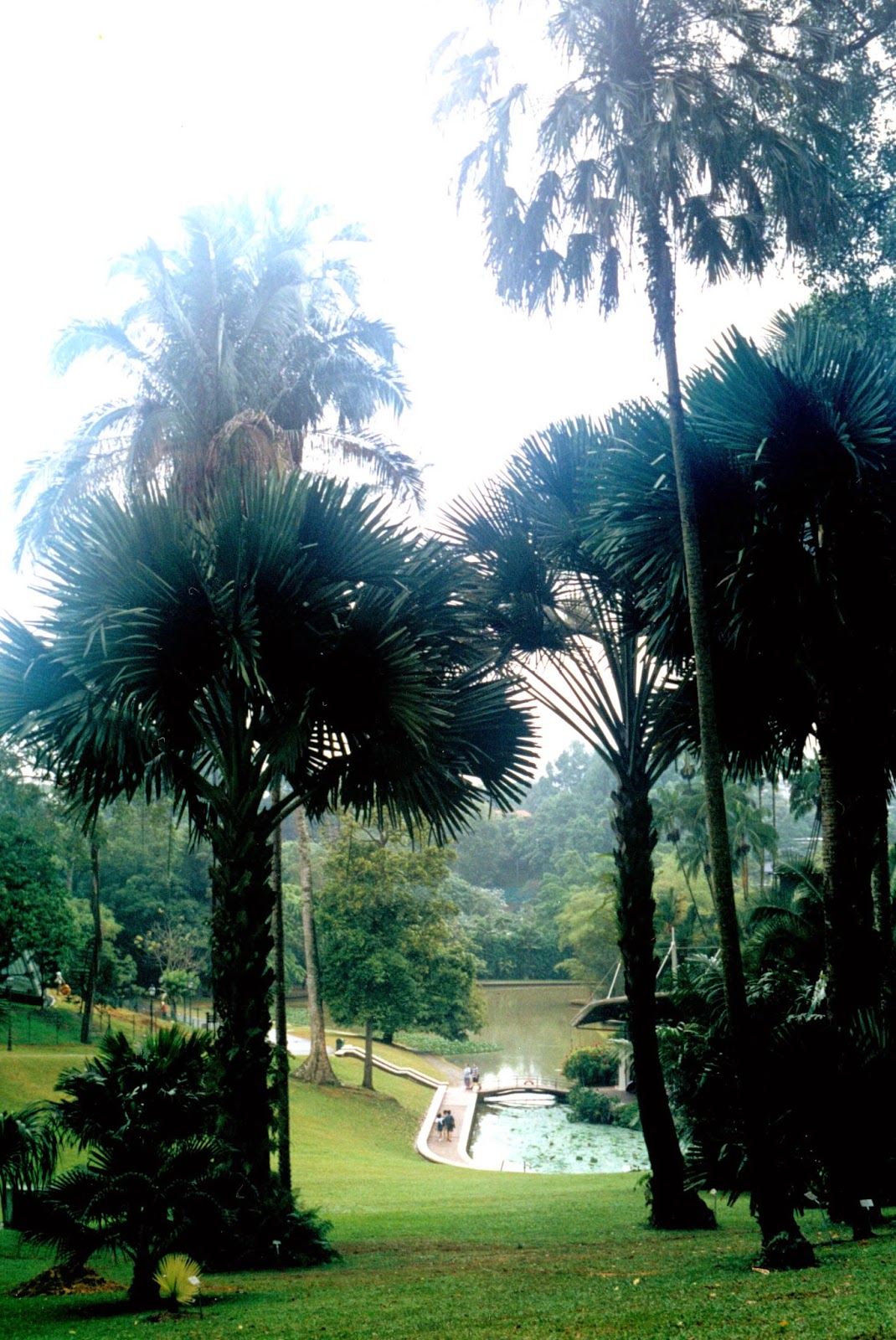 The founding father of Singapore died ten days ago, and the event passed me by even though I've been one of his fans ever since my first trip to the island nation in 2000.
Lee Kuan Yew, educated in the UK and called Harry Lee for the first part of his life, led Singapore to independence when it was flung out of Malaysia in the 1960s.  At the time, observers wondered how the small country, formerly a British colony, could ever survive.

It did, however, with Lee being in large part responsible for its emergence as a well-housed, well-educated and productive nation, an example of how things can be done.

To be sure, Lee was sometimes heavy-handed.  In fact when I first visited I was rather afraid of what I might see in the way of repression.  But the cabbies groused to me about the government the way they do most places, and there was a notable absence of uniformed police or military on the streets.  Shortly afterwards I made my first trip to Paris and was shocked to see soldiers with machine guns in the Métro. My conclusion was that there are a lot of ways to control a population, and since Singapore worked so well, perhaps Lee had some good solutions to complex problems.

Indeed, Nicolas Kristof, the New York Times columnist and specialist on Asia, called Lee Kuan Yew a “philosopher king” in his review of Lee’s memoirs.
Plato, you'll remember, recommended philosopher kings as the best rulers since they combined both wisdom and power for the betterment of their countries. The world has had exceedingly few of them. When one emerged he all too often was corrupted by power. He was told what he wanted to know. His wisdom turned to caprice. He frequently became a tyrant. He would be tempted to overstay his welcome.
Lee Kuan Yew, however, stepped down in 1990, having carefully planned his succession. He was sixty-eight and in apparent good health, and a few days before he retired he spent part of a Sunday planting a tree in a recently refurbished park along the city’s waterfront The event was nothing new—he’d inaugurated this annual Tree Planting Day nearly twenty years earlier. But this day he didn’t like what he saw. He squatted down and held his hand above the new pavement, telling reporters and dignitaries that he could feel just how much heat was still radiating from the ground even though the sun was setting. The trees, he said, should be planted closer together so that when they were full grown the canopy they formed would shade the pavement.
It was a small detail. Not one you would think a philosopher king would be concerned about. But it was symptomatic of the care and thought that have gone into making Singapore an example for green cities all over the world.
Too bad there are not more like him around.
(The photo is of Palm Valley in the Singapore Botanical Garden: my first trip there was to research it for my book Recreating Eden: A Natural History of Botanical Gardens.  I visited there again in 2006 because I wanted to include it my book Green City: People, Nature and Urban Places.)

Saturday Photo: It's the End of March, for Goodness Sake! 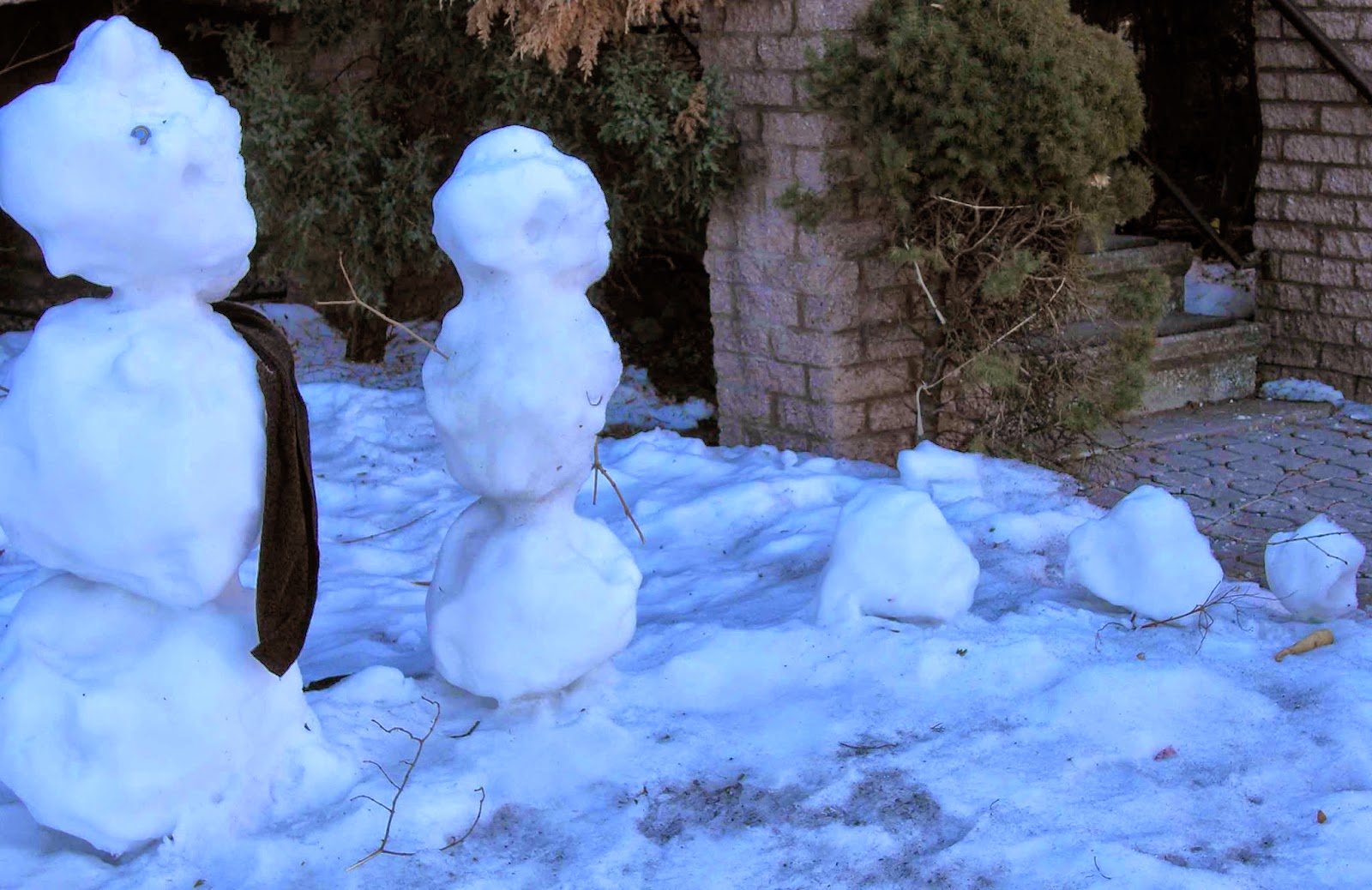 Got up this morning to a light dusting of snow, again!  But even though the temperature is well below freezing, the sun has been out most of the day, makin for a lighter heart and some melting.

But it's about time that the white stuff disappeared and we had a little spring, don't you think?
Posted by Mary Soderstrom No comments:

I Am Woman, Hear Me Roar Department

Le Devoir this morning carried a front page story in which a group of feminist medical types warn that new omnibus legislation restructuring the health care system in Quebec might make it harder for women to get abortions in the province.  Anne-Marie Messier, director of the Centre des santé des femmes, and 30 others had written a letter to the crusty Health Minister Gaétan Barrette charging that  a draft rule, attached to the bill, would do such things as put a cap of 504 abortions per doctor per year.  The figure works out to less than ten per week, which is far fewer than health professionals at abortion clinics provide.

However, shortly after sunrise when the newspaper article began to circulate both Barrette and Premier Philippe Couillard took the airwaves, saying that that the government has no intention of restricting abortion. The quota would not apply doctors who specialized in teh procedure.  By afternoon Le Devoir  had changed its headline and modified the story.

The prompt action is very interesting.  Obviously the groundswell of protest that flooded call-ins and social media this morning convinced Quebec's leading class that this was a debate they didn't want. As Chantal Hébert said on the Radio Canada morning show C'est pas trop, the last thing any government in Canada wants at this point is to get involved in the abortion question. Even Stephen Harper, who has a flock of backbenchers against abortion, would rather have dissension in caucus than to open the debate, she pointed out.

So score one for the women who jumped into the fray immediately.
Posted by Mary Soderstrom No comments:

Signing Back on after a Couple of Productive Months 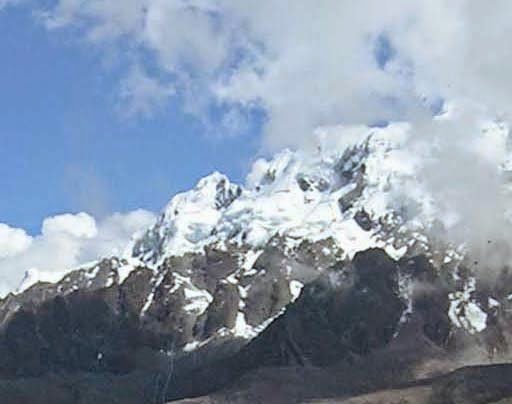 This morning I sent off a draft of my new non-fiction book Road through Time to a publisher who seems interested in it.  What a great feeling!

Reading it over for one last time before I let it go, I was rather pleased with what I've done.  Will be interesting to see what the publishing guys say.

This last couple of weeks I've also beeing working revisions and copyreading proofs of my novel River Music, which should be available in mid-May.  That, too, was a very interesting experience, as it had been more than a year since I'd read it.  Marc Côté at Cormorant Books had done an excellent job in editing it, and I was pleasantly surprised at how good the book was--like reading somebody else's work!

So now that things are more or less back to normal, I'll be posting more often.  So many things have happened since the first of the year that cried out for a rant, but I didn't have the time to stop and comment...
Posted by Mary Soderstrom No comments: