Saturday Photo: Because We Need a Smile.. 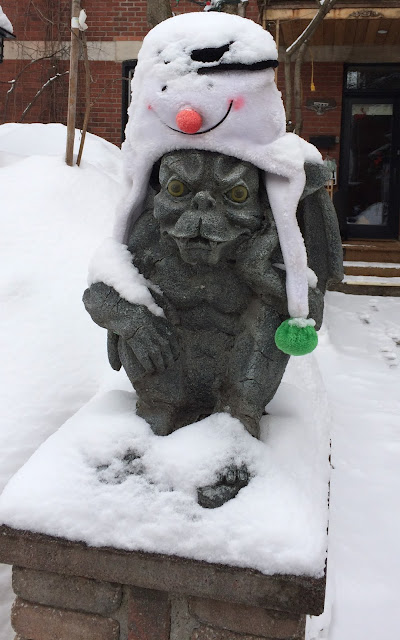 It's up to you to choose which smile, of course!  Came across this smiley-hat wearing gargoyle this week.  It seems to embody the crazy back-and-forth emotions of this crazy time...
Posted by Mary Soderstrom No comments: 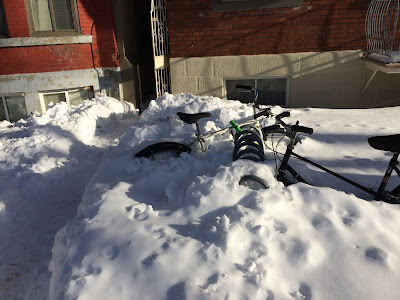 Or maybe it's winter storage for bikes!

Days are getting longer, this winter of our discontent will be over sometime.... 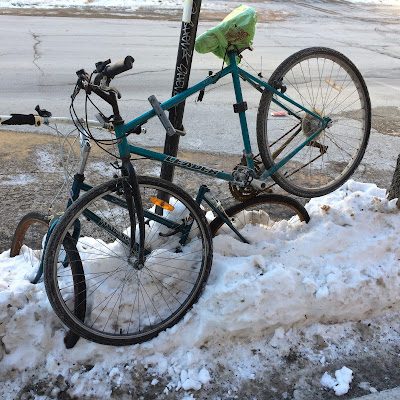 Yesterday, February 12, was this year's Winter Bike to Work Day.  I'm not a cyclist (no way, hit by one age 5, finally learned how age 50, and now wouldn't even try.)  But since the pandemic began more and more people who are actually going into work, are using bikes, it seems.

Really, even in this climate!

Here's a photo I took this morning on my walk (of course, walking is what our two legs were made for!)  Obviously someone has things all set to go when the spirit moves her (or him.)  The other, skelatal bike raises more questions.  Left here certainly since before the snow got deep, and without its seat which suggests its owner wanted to make sure that it wasn't taken before it was wanted for use.

But also, tomorrow being Valentine's Day, an idea popped up my devious mind: is this the way little bikes are made?  At the end of the winter will we find two or three kid's bikes chained to the post?

Saturday Photo: Funeral for a Dear Friend, a Fine Man 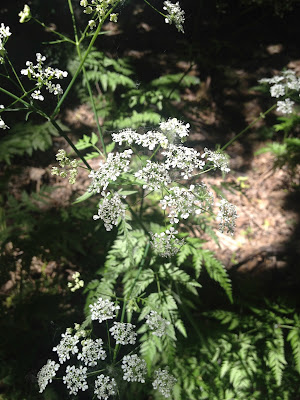 Today a few of us will be celebrating the life of Michel Lizée who died just shy of his 70th birthday after a long illness. As a tribute in the CUPE newsletter put it: "an exceptional activist who worked all his life to make workers aware of the importance of planning and financing their retirement."

The tribute continues: "His achievements include the implementation of the innovative FTQ wage-funded pension plan for workers in community and women’s groups. In 2010, this plan won the prestigious Plan Sponsor Award from Benefits Canada in Toronto. He was also one of the major architects behind the implementation and development of the UQAM Community Service, which now dates back more than 30 years, whose objective is to support the work of unions and community groups in Quebec.

"An economist by training, UQAM hired Michel Lizée as a research officer back in 1972. Four years later, he joined the SEUQAM (CUPE 1294). He was initially a union representative in 1978 and sat on the Conseil régional FTQ Montréal métropolitain, on the Retirement Committee and was then elected president of the SEUQAM, an office he held from 1983 to 1988.

"A member of the Université du Québec (RRUQ) pension plan retirement committee for more than 30 years, Michel Lizée was one of the most high-profile experts on pension plans, which truly were a passion of his. It was important to him that all employees, whether unionized or not, enjoy a retirement befitting the term. "

Because of the Covid-19 state of emergency, the gathering will be small, but like the sun  on this wild flower, the light that he shone in this dark world illuminates us all.