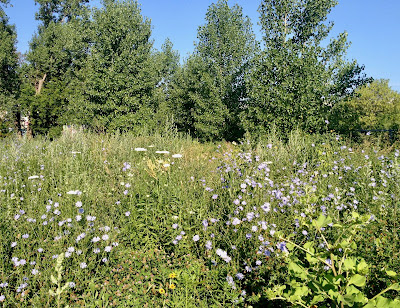 The rain has finally begun to fall again a little, but for about three weeks we had very little, and only the hardiest of flowers were blooming in the fields.

Chicory is one of them.  The field is the disused brownfield in the Mile End district of Montreal called Le champ des possibles. It's been a protected urban wilderness for five years, and now it is full of wild flowers and bird song.

Nice to walk in on a hot morning.  Great initiative in the middle of a city.
Posted by Mary Soderstrom No comments:

Saturday Photo: Rock of Ages: How Concrete Built the World As We Know It 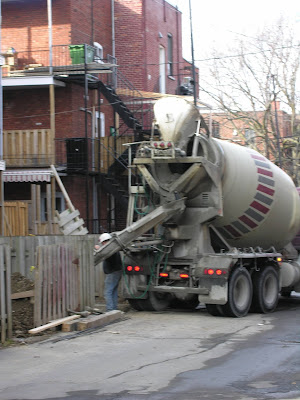 This week I hope to finish up my new book, Rock of Ages: How Concrete Built the World as We Know.  Well, maybe not finish, but at least have a decent manuscript to send to the folks at the University of Regina Press.  In the meantime, here's an example of what working with concrete on a small scale looks like. 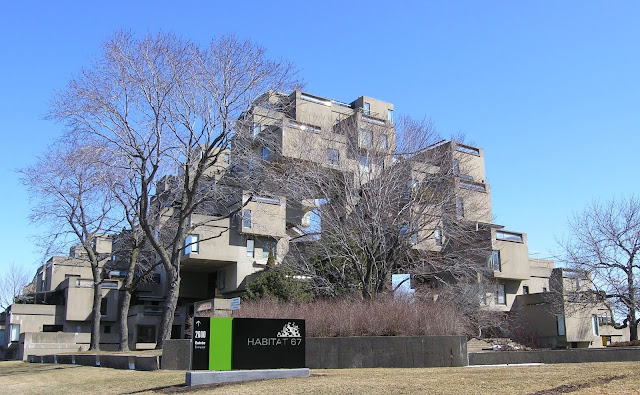 Here's the building that started the remarkable career of Moshe Safdie: Habitat 67.  Apparently he turns 80 this weekend, while Habitat turned 50 last year.  How time flies when you're having fun!
Posted by Mary Soderstrom No comments:

Saturday Photo: Breakfast on the Grass, or Why It's Good to Talk about Heat-Related Deaths 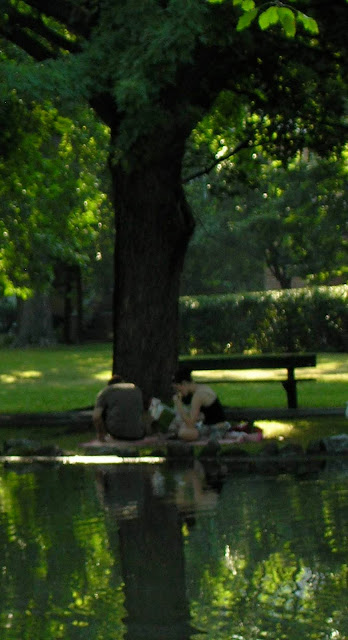 It's been hot around here and  until the heat wave broke yesterday the parks were full of people early in the morning taking a break(fast) away from their hot digs.

We've had emails from friends who've seen the stories of heat related deaths in Montreal and want to know how we're faring.  The answer is:  fine actually.

But has been bothering me is the way that practically none of the reporting mentioned the fact that health authorities in other jurisdictions like Ontario don't report heat-related  dates immediately.  Presumably that will come, but only a couple of months later, in the fall, after the heat crisis is past.

The approach in Quebec has been different since 2010.  Heath-related deaths must be reported, so that public health measures can be taken right now.  There's no way of knowing at this point if the door to door visits by firemen, the bottles of water distributed, and the publicity of what to do during a heat wave have averted deaths.    Presumably that will come later when the numbers are crunched and we see what kind of "excess deaths" occurred.

The interesting thing will be to see how the figures here compare with those in Toronto, say, or Ottawa where there weren't  heat awareness campaigns. My guess is that the rate will be as high or higher, even though according to the Globe and Mail today "only 53 per cent of households in Quebec have air conditioning, compared with 83 per cent in Ontario and 57 per cent nationwide, according to 2015 figures from Statistics Canada.