Saturday Photo: A Little Change-up, a Change in the Kitchen and Bathroom Chez Nous 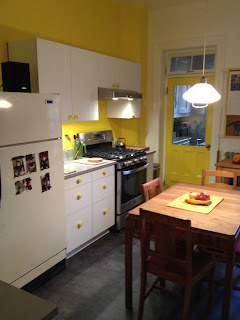 After a couple of years of chat, and 11 months of planning etc. our renovations are complete.  New floors, countertops, more cabinets and paint in the kitchen.  New walk in shower to replace the clawfoot bathtub in the bathroom.  So nice to have something accomplished in this year when so many things have not turned out the way they were supposed to! 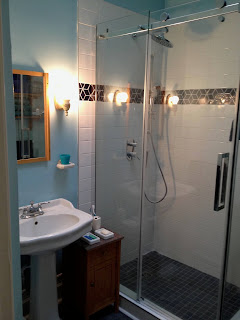 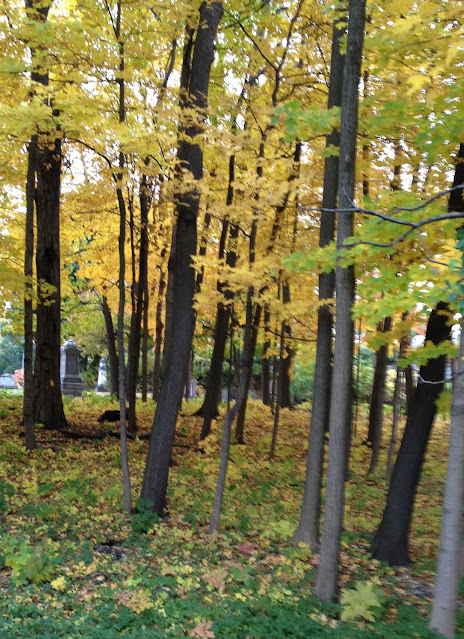 No message today because I'm calling for the election. But if you have a chance to get out, do.  The light and the trees are wonderful.

Saturday Photo: Grape Leaves, Or the Fruit of Sunlight 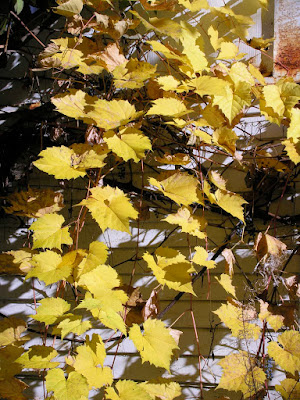 There isn't a whole lot of sunlight in our backyard because the maple tree two doors to the south shades everything most of the day.  But that hasn't stopped a volunteer grape from flourishing.

The grapes themselves are small, bitter and full of seeds, but the vine does a good job of covering a multitude of ills, including a garage that needs a good paint job but which certainly won't get on this year.

Then this time of year the leaves turn a wonderful yellow that makes me think of all the sunshine the vine absorbed over the summer.  So lovely...

Need all the brightness we can is this difficult time. 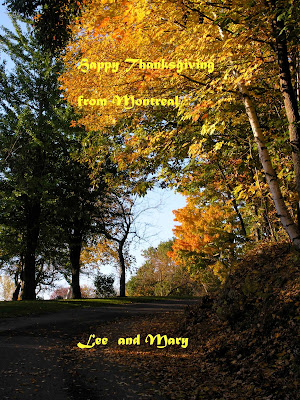 I'm far from being a religious person, but I think it's important to occasionally stop and consider what we have in this life.  That's particularly true in this Plague Year, where the forces of darkness are out there, hammering at the gates.

Ordinarily we have a big buffet for family and friends on this weekend, which is Canadian Thanksgiving, but of course, Covid-19 oblige, we'll just be me, Lee and the turkey (or as one of his friends just said, me and two turkeys!)

Nevertheless, we've made it so far with no one falling ill, we've just about finished a renovation project that has been in the works for more than a year, and we are among the lucky ones who have suffered no financial uncertainty this year.

So, while I think that giving thanks to some deity is not in the game, I'd like to thank those who helped keep our corner of the world safe, beginning with Tommy Douglas, the Father of Canada's Medicare program. As for the rest of you, well, come election time I'll be on the phone for you.

Besides, as the French saying goes, quand on se compare, on se console,  That is, when you compare, you can be comforted.  It always helps to put one's own life in perspective.

Saturday Photo: The Book Launch Will Be BYOB, Unfortunately 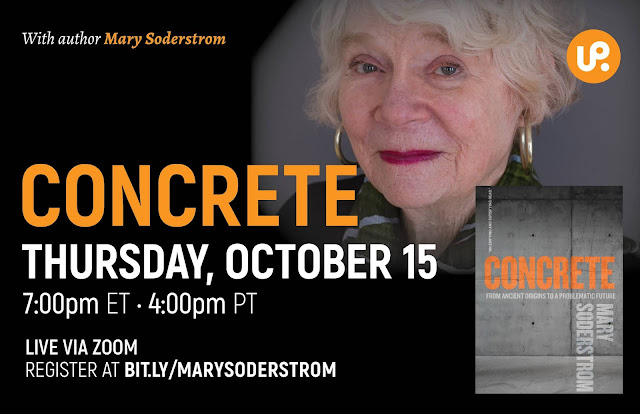 Usually when I have a new book come out we have a little launch party at an independent book store.  Last year just about now we were preparing for one for Frenenemy Nations: Love and Hate between Neighbo(u)ring States at Librairie Drawn and Quarterly.  We shared some good things to eat and drink, and I got a chance to hold forth in front of about 40 friends.   (That's what it looked like then.) 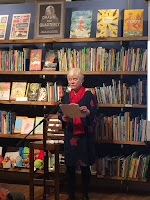 This time things are different, Covid-19 oblige.  There will no way of getting together in person to celebrate and talk about Concrete: From Ancient Origins to a Problematic Future, so we've organized a virtual launch through the resources of the publisher, the University of Regina Press.  There's a little video about the book to show and I'll, of course, hold forth.  Would be great fun to have you join us, even if any toasts we might make will have to be provided by you or done in your imagination..  Here's the link to the reservation: it's free, but we need to know how many folks to expect.  bit.ly/marysoderstrom