Saturday Photo: Electric Cars, Only as Clean as Their Source of Energy 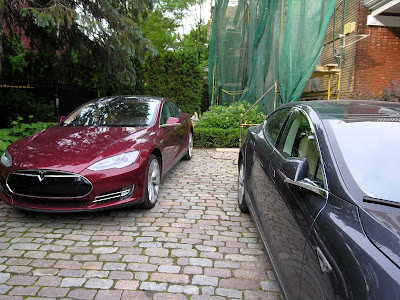 The folks a couple of blocks away have not one, but two electric cars.  Each cost a pretty penny, I'm sure.  But so did their house, which they've spent a lot of money on refurbishing.

I must say that I'm of two minds about giving subsidies to those who can afford these cars.  At the moment in Quebec you can get  a rebate of up to $8000 on the purchase of a new one, and $600 toward installing a recharging station at your home.  In Ontario, the new PC government is doing away with that province's subsidies which were considerably higher than Quebec's.

Unless the electricity to charge these vehicles comes from a "green" renewable source, like solar, wind or hydroelectric, there is very little environmental good coming from them since emissions from traditional generating plants are extremely CO2 intense.  Furthermore, just adding more cars to the roads will not solve the other problems of our urban centers.  Better, probably, to put money into public transportation, including inter-city buses and trains.
Posted by Mary Soderstrom 1 comment:

Saturday Photo: Irrigation, or Another of the Things that Concrete Has Wrought 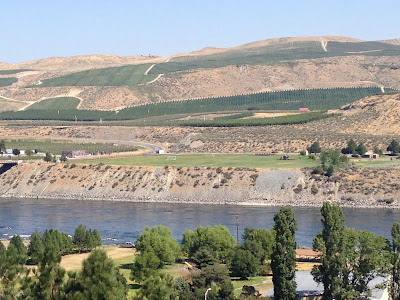 This was taken last summer near Chief Joseph Dam on the Columbia River.  It shows dramatically the effect of irrigation on the dry lands of the region.

Concrete made this possible.  It has also contributed mightily to the problems of climate change that we are seeing this summer.

I've been thinking a lot about this as I reflect on what concrete has wrought for my book Rock of Ages: How Concrete Built the World As We Know It. Lots of good things...but also some very questionable ones.  More about that later.
Posted by Mary Soderstrom 1 comment: 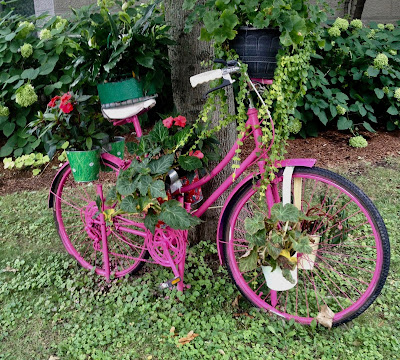 It had been a while since I walked down Lajoie (great name) during summer, but I did this week.  What a delight to see that the folks who own the Pink Bicycle have put it out again, and decorated it with nifty plants. 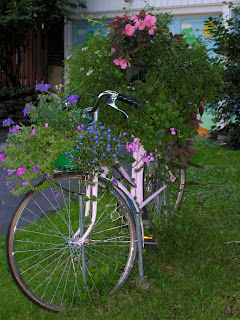 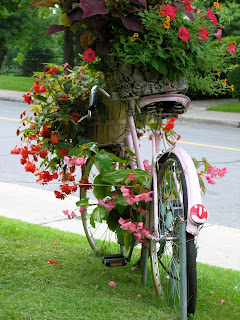 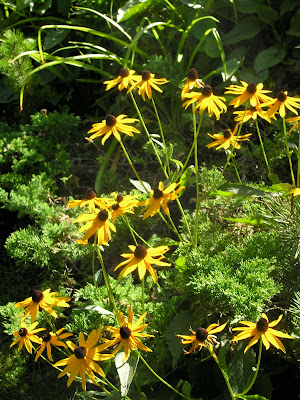 Yellow flowers are about my favourites I think, and Rudbeckia are my favourites among them. This is when they start blooming in earnest, the sign that summer is at its apex...
Posted by Mary Soderstrom No comments: