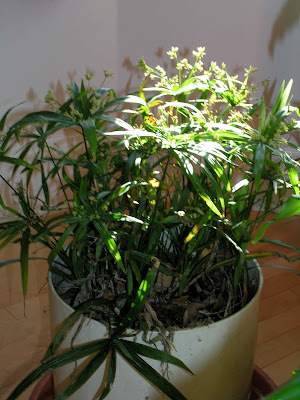 I'm tired of cloudy winter days.  Give me really cold weather, a good dump of snow every week or so, and I'm happy.  But gray skies?  No thank you.

Saturday Photo: Not My Photo, But An Important One 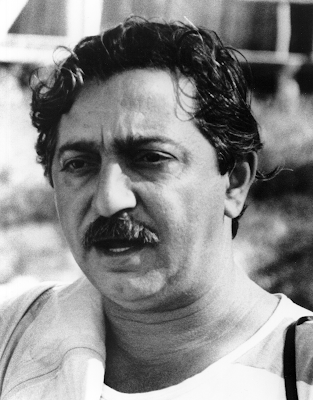 This is Chico Mendes, the Brazilian organizer and environmental champion, who was murdered in 1988.  The photo is by Miranda Smith, who documented some of his activities that were instrumental in setting up reserves where the rubber tappers in the Amazon rain forest could live and work.

His death was a tragedy, but he is an example to us all of what a few good men and women can do when they buck the odds.

We're going to need many more like him (who, one hopes, will not meet the same end) in the coming four years.

As other protester said, keep the faith, baby!

Saturday Photo: Brrrr, But It's Not as Bad as on the Greek Islands 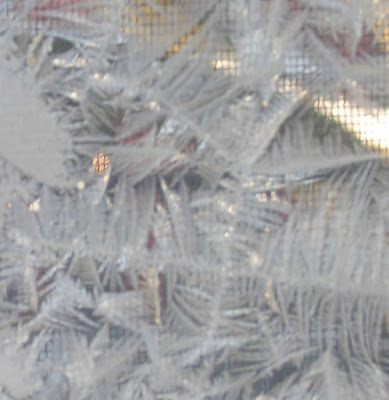 The first was a trio of tiger-striped cats sitting in a window, looking longingly at the outside.   The second was a battered umbrella which had apparently given up the ghost during Thursday's rain, and then became frozen in a puddle upside down.

But because I didn't have my camera  with me, you'll have to take my word for it. The windows here at home looked rather like the one in the photo, though.

But we are prepared for cold weather, we have central heating and scarves and heavy coats and boots.  Winter is an inconvenience not a disaster.

The case is quite different in  refugee camps around the Mediterranean, with snow falling on the Greek Islands, in fact.  One of our young friends is involved in a project to help pregnant women, new mothers and their families in the camps, and has put out a call for financial help.  Check it out here: CRIBS.
Posted by Mary Soderstrom No comments: 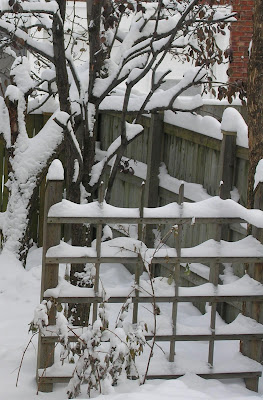 Beautiful snow this week, although it was tough driving on Tuesday when the temperature hovered near freezing, and some of the precipitation was freezing rain.  But yesterday was clear and cold.  That meant the weather was perfect for delivering furniture.

Lee's remake of Stuart's bedstead and the new table for Sophie and Lukas found their new homes, after we rented a van and made the rounds.  I did the driving since Lee--insert drum roll here--says I'm a better driver in winter conditions than he is!  All true, I'd even say that I'm a better driver than he is in ALL conditions, but we won't start an argument this sunny Sunday morning.

Of course, there's a certain irony here, because I'm far from being a car person, even though I got my driver's license at 15 1/2.  For a long time I've been a BMW kid--Bike, Metro, Walk (without the bike).  Yet it's nice to have access to vehicles when you need to do something like deliver Lee's projects.
Posted by Mary Soderstrom No comments: