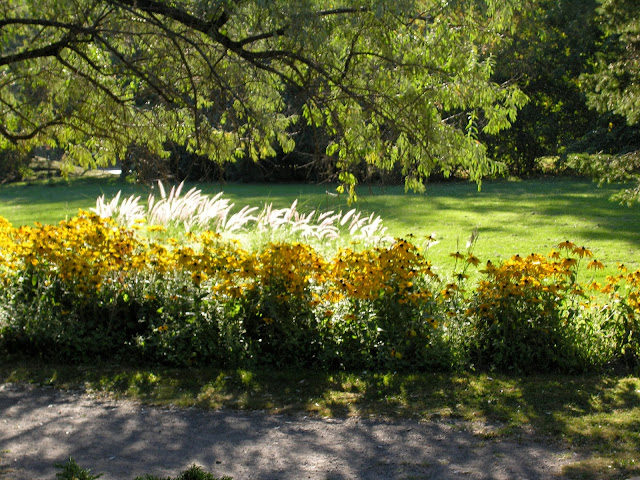 Just because it's another nice weekend...
Posted by Mary Soderstrom 1 comment:

Required Reading for the Election Campaign: The Best Laid Plans by Terri Fallis

In my other life I lead book discussion groups in Montreal-area libraries, and, knowing that a federal election was coming up, I put Terry Fallis's The Best Laid Plans on the reading list for October.  At the time I didn't appreciate just how funny or how prescient the book is.  Now I think every political junkie should read it as this long, long campaign grinds on.

The book was published in 2008, well before the Orange Wave, the Great Recession, even before the flirt with coalition government that occurred in December of that year.  It  starts off with a Liberal political wonk who is trying to get out of the game and who agrees as a swan song to find a candidate in a staunchly Conservative riding in eastern Ontario.  The candidate, a U of Ottawa engineering prof,  agrees only because he's promised he won't win.  But he does, for hilarious reasons .  (Hint: a sex scandal involving his opponent, leather and nipple rings are involved, which actually isn't much worse than the peeing-in-a-coffee cup video that scotched the chances of a Conservative candidate this time around.) 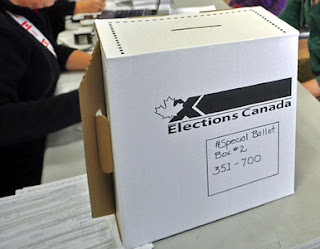 Fallis portrays  the vagaries of public opinion as well as the inner workings of political campaign extremely, but entertainingly well.  (Hint: there's quite a bit about lawn signs, telephone canvassing and door to door.)  I know just how hard that is to do.  In another life I spent far too much time organizing political campaigns and tried in one of my first novels (Endangered Species) to give a taste of the rush a political junkie gets from filling out phone canvass forms. My editor that time around made me cut a lot of the details. Fallis either was smarter than I or had a good editor too, because this novel is mostly fun.

The accidental MP Angus McClintock turns out embodying all that is good in our political system, and makes a tremendous difference.  Would that all candidates out there were as principled.   Should also add that this is a very Canadian book: I can't imagine what Fallis would do with Donald Trump. 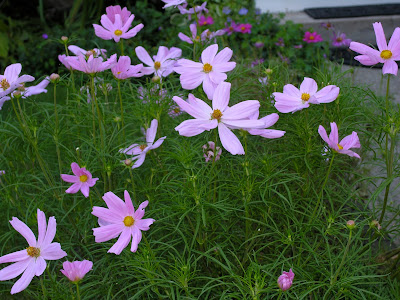 I've always loved these sun-loving flowers.  Cosmos are the stars of many gardens around here at this point in the cycle of the seasons.  I suspect they won't be so gorgeous in a week when the temperatures are supposed to drop, but they are a pleasure now.

So is the lovely temperatures which have made September 2015 perhaps the hottest on record here.  Coming after an uncommonly cool and wet July and August, it has been a treat to have warm and dry days this month.

Of course, all this "unusual weather" is likely the result of climate change.  As someone who grew up in California, I get nervous when it doesn't rain here for a week or so since water shortages were always looming the background then.  To live in the current four-year drought must be awful.
Posted by Mary Soderstrom No comments:

Saturday Photo: End of Summer and the Spiders are Busy 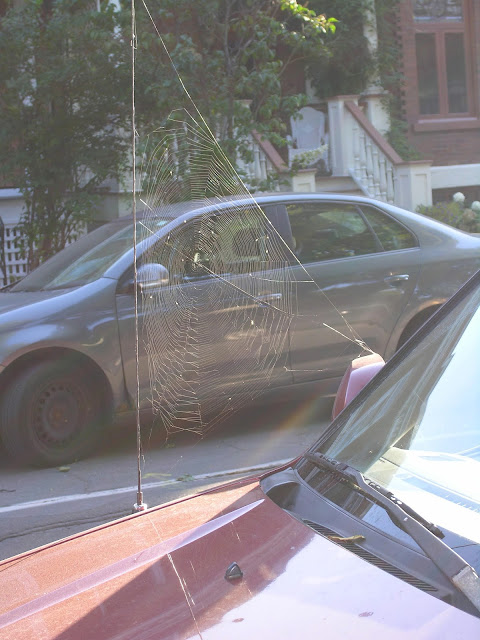 Anyone who's read Charlotte's Web or gone walking early on a September morning knows that spiders are especially busy this time of year.

This web was glowing in the early sunlight a few days ago.  I don't know how long it lasted, but the spider seemed to be sure of a good meal or two.

The beastie won't survive for long, even with the unseasonably warm weather we've been having.  The way of the world is that spiders must die and new spiders be born. 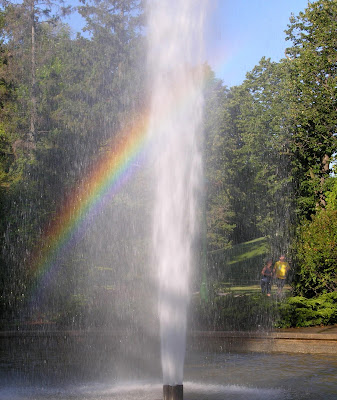 The last long weekend of the summer, and the weather is wonderful here.  No rain in sight, but I did find this rainbow when out walking this morning.

The runners obviously were enjoying the sun and mild temperatures too.  A good way to start a holiday.
Posted by Mary Soderstrom No comments: