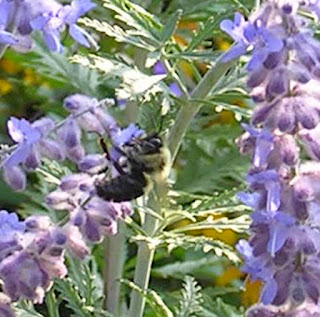 Lots of bees in the garden these days of lilacs and bird song.  Do hope this means that the bees around here are surviving the plague that seems to be killing so many.
Posted by Mary Soderstrom No comments:

Time to get back to writing and ranting: last night my novel River Music was officially launched.  It's now available at good bookstores, and on line in Kobo and Kindle format from Amazon.ca and Chapters-Indigo.

To Each Thing There Is a Season....

And now is the time when people in these climes begin gardening.  The average date for the last freeze in Montreal is May 10, it seems.  Last week I brought in the two tomatoes and four cucumber plants I bought last week to grow with Thomas and Jeanne--didn't freeze, but they had begun to look a little sad.

But there is a way to garden all year around here, as this report on Radio Canada shows. A geodesic dome that captures sunlight all year round produces 80 percent of this family's vegetable needs.  Cost $12,000 US and is probably only allowed in rural areass.  Interesting idea, though.
Posted by Mary Soderstrom No comments:

Went to the garden centre this week, and came home with a few new plants.  But nowhere did I find anything as fabulous as the display of dandelions on lawns around here now.  If we had to pay $15 a plant, they'd be in high demand.  As it is, I'll spend some time this afternoon digging a few up in the back yard!
Posted by Mary Soderstrom No comments:

What's Not to Like: Food, History and Leftish Causes

Breakfast is just over, but as usual I'm thinking about food.  Came across this great story about Thunder Bay, its Finnish connection and Labour strife there. The centre is a restaurant called Hoito.


"Founded as a cooperative in 1918, the basement restaurant is a vestige of a period in Canadian history when radical labor unions urged general strikes as part of their campaign for economic and social revolution. It is also a symbol of the several waves of immigrants from Finland who flocked here to work in this paper-mill town, railway junction and port on Lake Superior," says NYT writer Ian Austen.

"But in some ways, it is food that has conquered all. Even in its heyday as a political hotbed, the place was best known as a destination for a solid meal. Today the Hoito is arguably Canada’s most famous pancake house, particularly beloved for its formidable Finnish pancakes."

Many summers ago we bought great sausages at a deli in Thunder Bay and cooked them when we camped outside town.  Still think about them, longingly.  Maybe we ought to go back, says she at the beginning of a summer when we're likely to stay on the island of Montreal.
Posted by Mary Soderstrom 1 comment:

The May Holiday: Journée des Patriotes 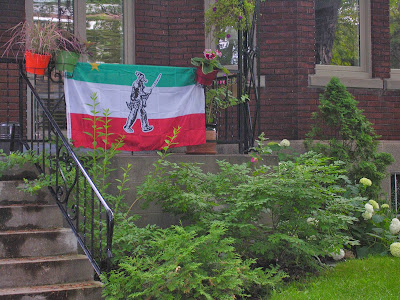 This weekend is the unofficial beginning of summer in Canada.  In the Rest of Canada it is called Victoria Day, but in Quebec it's now called la Journée des Patriotes.

Nice juxtaposition here.  One name refers to a Queen, the other to a rebellion that began just as Victoria was ascending the throne.

The Rebellions of 1837-38 were the closest thing to a revolution that Canada ever had.  Protesters in both Upper Canada (now Ontario) and Lower Canada (now Quebec) wanted representative government.  Eventually many of the things they demanded were granted, but today the role of the Patriotes (as they were called in Lower Canada) is not as well known as it should be.

The flag in the photo is not the one I just put up on our balcony: it is one designed during the Rebellion and revived during by Quebec's nationalists in the late 20th century.  I probably should go looking for one to fly on this holiday, but the nearest thing I have is the Quebec flag.   I fly it largely as a reminder that the Patriotes included many Anglophones who had had enough with British dominance.  Justice, democracy and responsible government go beyond linguistic barriers.
Posted by Mary Soderstrom No comments: 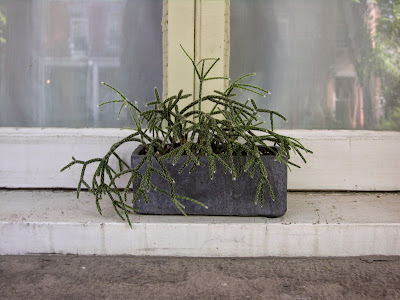 My friends and family know I love plants, so frequently I receive flowers or houseplants as gifts on special occasions.  Last week was Mother's Day and Elin and Jeanne arrived with this lovely little one.

The pot is almost Zen in his simplicity, and I can see that it will take a favoured position in my indoor garden no matter what plant it contains.  But I hope that the one in it now thrives because it is very interesting.  Long, thin branches that appear to be succulent, with tips that look as if they're ready to grow.  No spikes like a cactus, no hint from the soil in the pot as to what it originally grew in.

I called the florist to see if they knew what it was, but the person who answered didn't have a clue.  "We sold so many things last weekend," she said with mixture of pleasure and fatigue.

The photos I found on line suggested that it might be a salicornia, sometimes called sea asparagus, and sold around here in fish markets.  But they tend to be salty, and this one doesn't taste that way.  (Taking a chomp from an unidentified plant probably isn't too wise, but so far I'm still alive.)

If anyone who reads this has an idea of what it is, I'd love to hear.
Posted by Mary Soderstrom No comments: 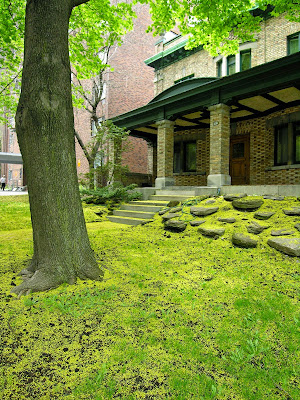 I think I've posted this photo before, but it is very appropriate right now. The maples are in flower--yes, they flower--and the ground is covered with the blossoms.  Extremely pretty, although the entry to our house is also full of them since they're so easy to track in.

But the houseboy--named Lee--is preparing to vacuum them up, so I guess I shouldn't complain!
Posted by Mary Soderstrom 1 comment:

First We Take Alberta,Then We Take the Hill... 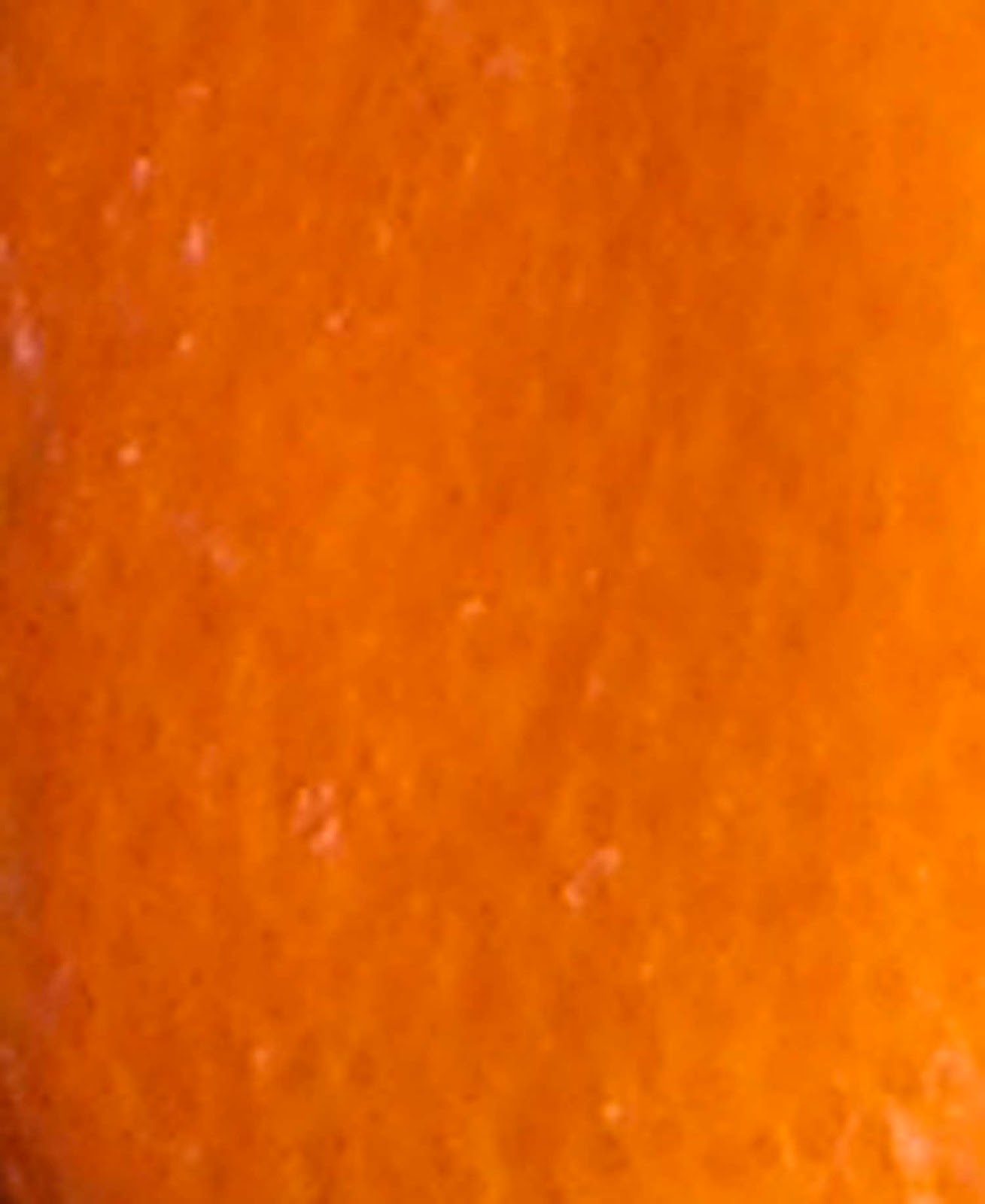 When the NDP swept into Quebec four years ago almost to the day, I was flabbergasted.  Long a stalwart, I knew there was support for progressive candidates, but nothing prepared me for the sight  of 58 new MPs elected to join my own MP Thomas Mulcair.

There was a down side to this, which people that night didn't seem to appreciate: a Conservative majority government.  We've seen what King Stephen Harper has accomplished sinceas he turned many of the things that were good about Canada inside out.

Yesterday, voters in Alberta swept a majority NDP government into office, which means that new Premier Rachel Notley should be able to make some major changes in that province.  She's not going to be a left-wing as many feared or hoped, but this victory shows how vulnerable Harper's Conservatives are in their homeland.

We need to get the Cons out of Ottawa, we need to take the Hill...
Posted by Mary Soderstrom No comments:

Saturday Photo: To Ope Their Trunks The Tree Are Never Seen... 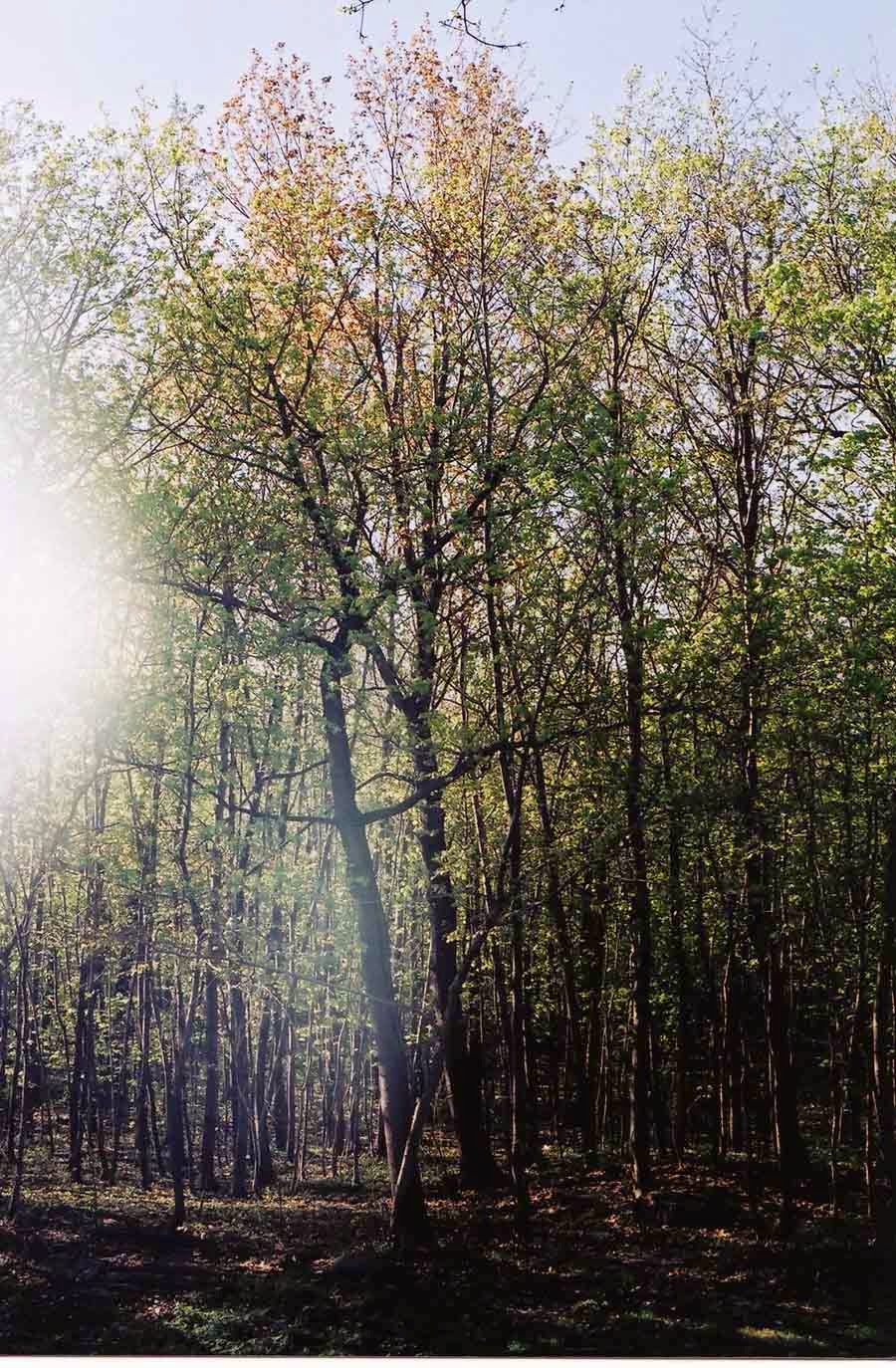 How then to they put on their robes of green?

Those are the words of a song  I learned in fourth grade.  Can't find where it comes from, but I always think of it this time of year.  The temperature has shot up to 23 C (around 71 F) and you can pracically see the leaves growing.  Quite amazing!