Saturday Photo: The Dude Who Divided the World.. 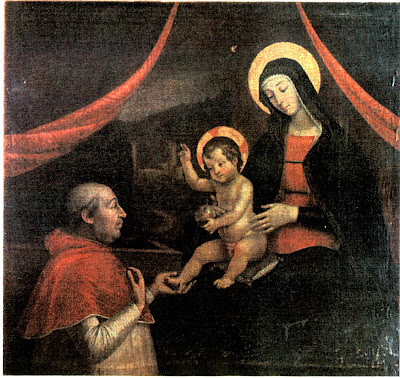 The painting is of Pope Alexander VI (born Rodrigo de Borja, into the infamous/famous Borgia family) adoring the Christ Child, while Mary looks on.  Pietro Facettio was the artist, who reportedly made the mother of Christ look like one of Alexander's mistresses...

Quite a dude, that guy.   But setting aside his questionable morals, he is notable for dividing the world between Spain and Portugal at the beginning of the age of European exploration.  He's the reason why Brazil speaks Portuguese and the rest of Latin America speaks Spanish: the territory east of his line went to Portugal and the rest to Spain.

That's only part of the story, of course, but I'm giving it attention today because maybe, finally, after a half dozen attempts, we've come up with a title of my next book which, among other things, deals with the great linguistic divide.  We're calling it Frenemy Nations: Love and Hate between Neighbo(u)ring States.   Stay tuned for more info...

Saturday Photo: The Difference between Weather and Climate... 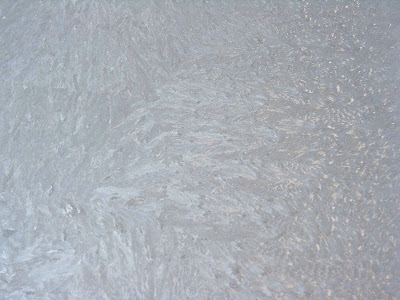 At the moment it's minus 23 Celsius, and it's supposed to start snowing soon.  Big winter storm coming, danger of frost bite according to Environment Canada.

Typical January weather in Montreal, actually: the photo was taken of the frozen-over window in the front bedroom a couple of years ago, and we always get a few days like this.

But that's just the weather.  It doesn't necessarily have anything to do with the climate, let along climate change.  Climate is the general pattern of weather of a long period of time in a particular place.  The short term ups and downs of weather are reflected in climate, but very cold weather and a snow storm are just part of the climate as it has existed for a long time in this place.

To have winter weather in January doesn't meant that climate isn't changing. What is more important is the pattern that shows up in average temperatures and the first dates of freezing and warm weather.  It would appear that we're headed for shorter winters, but it's not like that today...
Posted by Mary Soderstrom No comments: 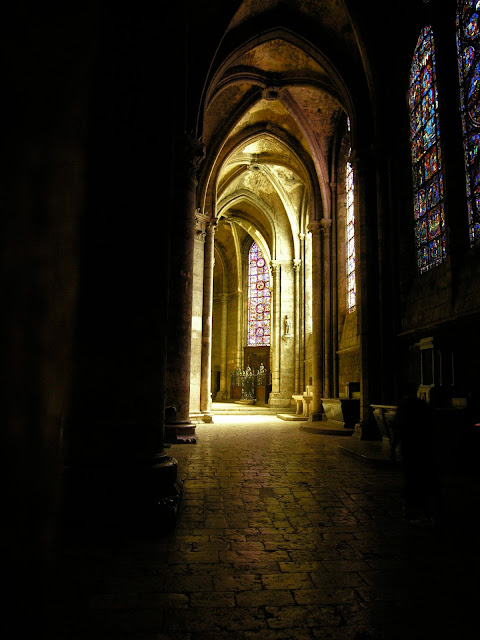 Every time we've gone to France Lee has taken the RER from Paris to Chartres, a pleasant 45 minute train trip to the little city on the bluff where one of the most beautiful Gothic cathedrals sits.

He is enraptured by the place, and the building, and the wonderful human effort that went into constructing it.  At the moment, he's preparing to do a little building himself in hopes that he can pay homage to it.  His plan is to build a bench/table which will echo the soaring lines of the Gothic arches.  On either side he'll carve a bas-relief inspired by the sculptures over the doors on the south and west side.

So far what he's discovered is that this kind of carving has a steep learning curve, and he's been consulting all the sources available in book and on-line to come up with good images to use as guides.

One of the books which we found in the local library is Chartres: la grâce d'une cathédrale.  It's a gorgeous book that I knew would make a great Christmas present, so I found it on Abebooks at a book store in France, and ordered it Dec. 2.  Supposedly it would arrive before Christmas, but it didn't  and by the beginning of this week, I began to think that something had gone wrong.  I shot off emails to the store and to Abebooks, but nothing happened.  Then, just when I had really begun to fume and to wonder if I should try to cancel the order, the book arrived yesterday.  Carefully wrapped, it was in perfect condition and is a great pleasure to read.  The only problem is that it weighs about 3.5 kilos so it's not the kind of book to read in bed!

The photo, by the way, isn't from the book but is one I took on our last visit in 2014.  Too long ago: we should go back!
Posted by Mary Soderstrom 1 comment:

Saturday Photo: Fort George, Madras, and Back to Work 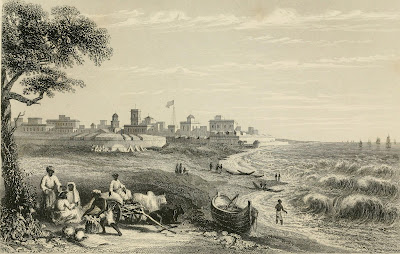 The holiday is almost over: for more than a  week I've ended each day thinking it was Sunday, but it hasn't been, of course.

Not I haven't been able to get some work done now and then.  I've got to do more revisions for the latest version of my book about places that are alike, but different.  The current title is Fine Lines: The Love/Hate Relationship between Neighbo(u)ring States.   I'm not completely happy with it, but it's the best that we've come up with so far since the editor nixed my first one.  Unidentical Twins: Why Places That Should Be Alike Aren't Alike would be classified in the Parenting section of bookstores, he argued.  Maybe he's right, we'll have to see how the new title flies.

So I'm checking references, dates and website references, with a Jan. 31, 2019 deadline looming.  I'm about half way through now, having just finished the chapter about the South Indian states of Kerala and Tamil Nadu.  Hence the image, which is what the British outpost on the east coast looked like in 1858.  The bustling city of Chennai which now surrounds it  looks quite a bit different....
Posted by Mary Soderstrom 2 comments: