Griffintown Redevelopment Back on the Agenda: Public Consultation Today 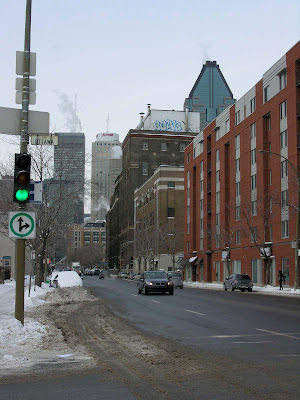 Just before we were all interrupted in our getting and spending by the financial crisis of 2008, plans were rolling ahead to redevelop one of the oldest neighborhoods in Montreal, Griffintown.

Supposedly the neighborhood--probably the first in North America to be set out on a classic urban street grid--would be razed and a new street and building configuration put into place. A second shopping district in the central core would be developed and a lot of up-scale housing would be built.

That all fell by the wayside, thank goodness, when the Great Recession began. But developers and some city officials have not given up on the idea. A public consultation is being held today on revised plans in the heart of the district at the Université de Québec à Montréal's engineering school. Please note that the school has been the hub of much recent, small scale redevelopment, which probably will produce a healthier urban landscape than the earlier plans.